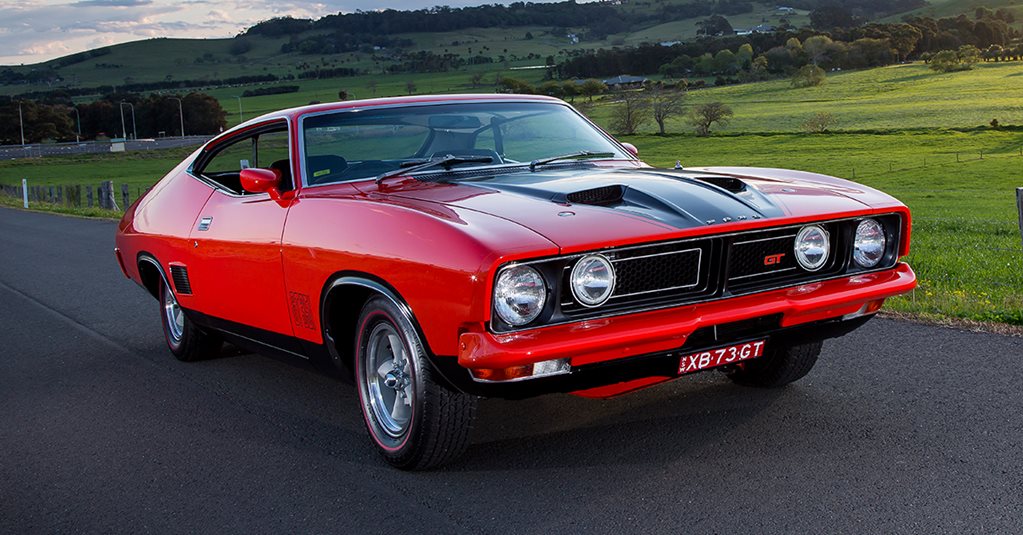 FORD got it 100 per cent right with the XA-XC Falcon hardtops. It’s one of the nicest-looking shapes ever penned in this country – and certainly looks the business in GT livery. Bosko Serkinic, the owner of this stunning Red Pepper XB GT, certainly agrees, having spent 10 long years tracking down and returning this genuine coupe to better than new. 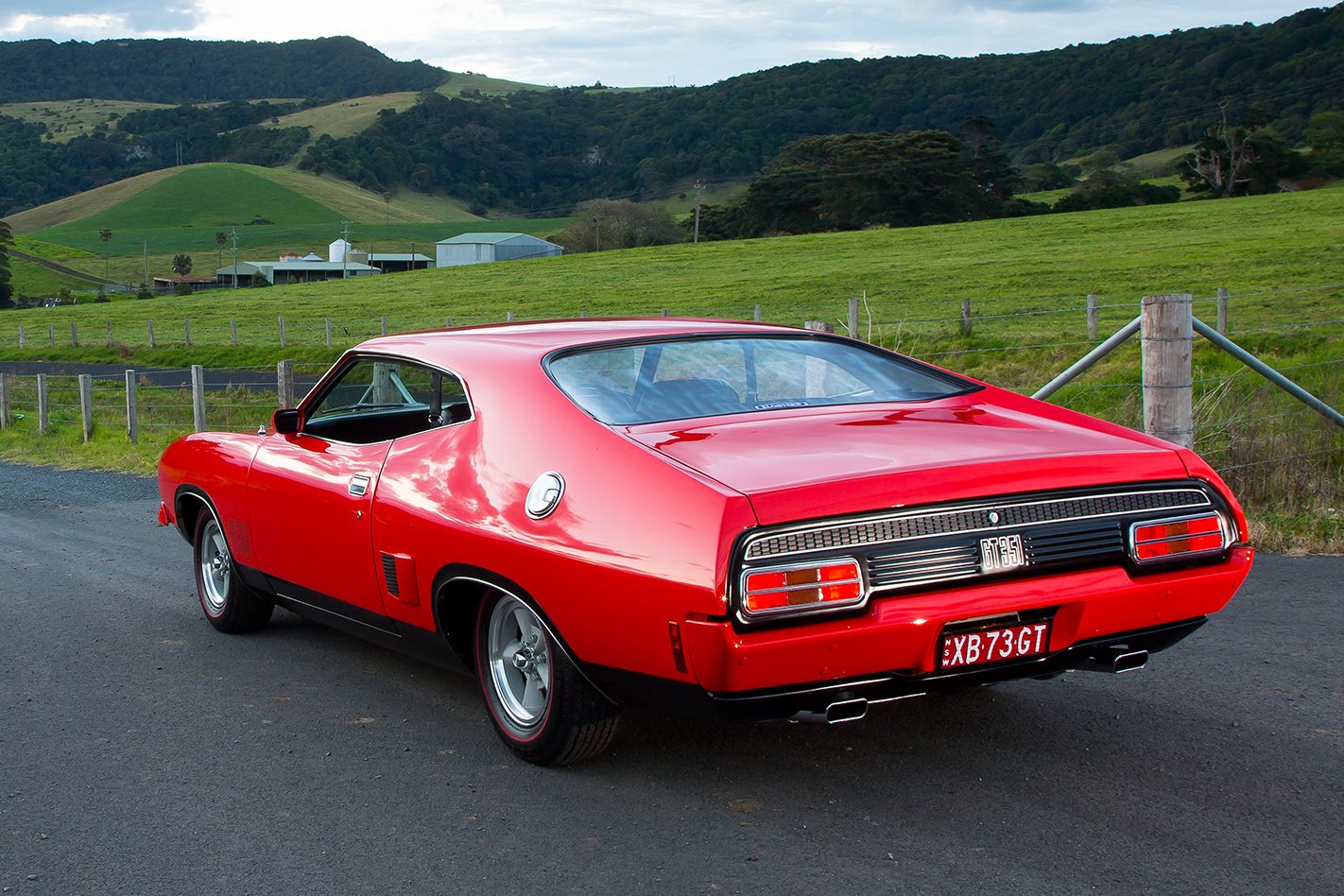 Having previously owned a GXL with 351 and nine-inch, an XD ESP, and a Red Pepper XB GT sedan, Bosko went looking for an XA or XB GT hardtop as his next project.

“I spotted this one online,” he says. “I drove seven hours from Wollongong up to Coonamble to look at it, then seven hours home again. I made a couple of offers over the next few days before finally securing it. I was very lucky to get it a reasonable price, before the prices went berserk.” 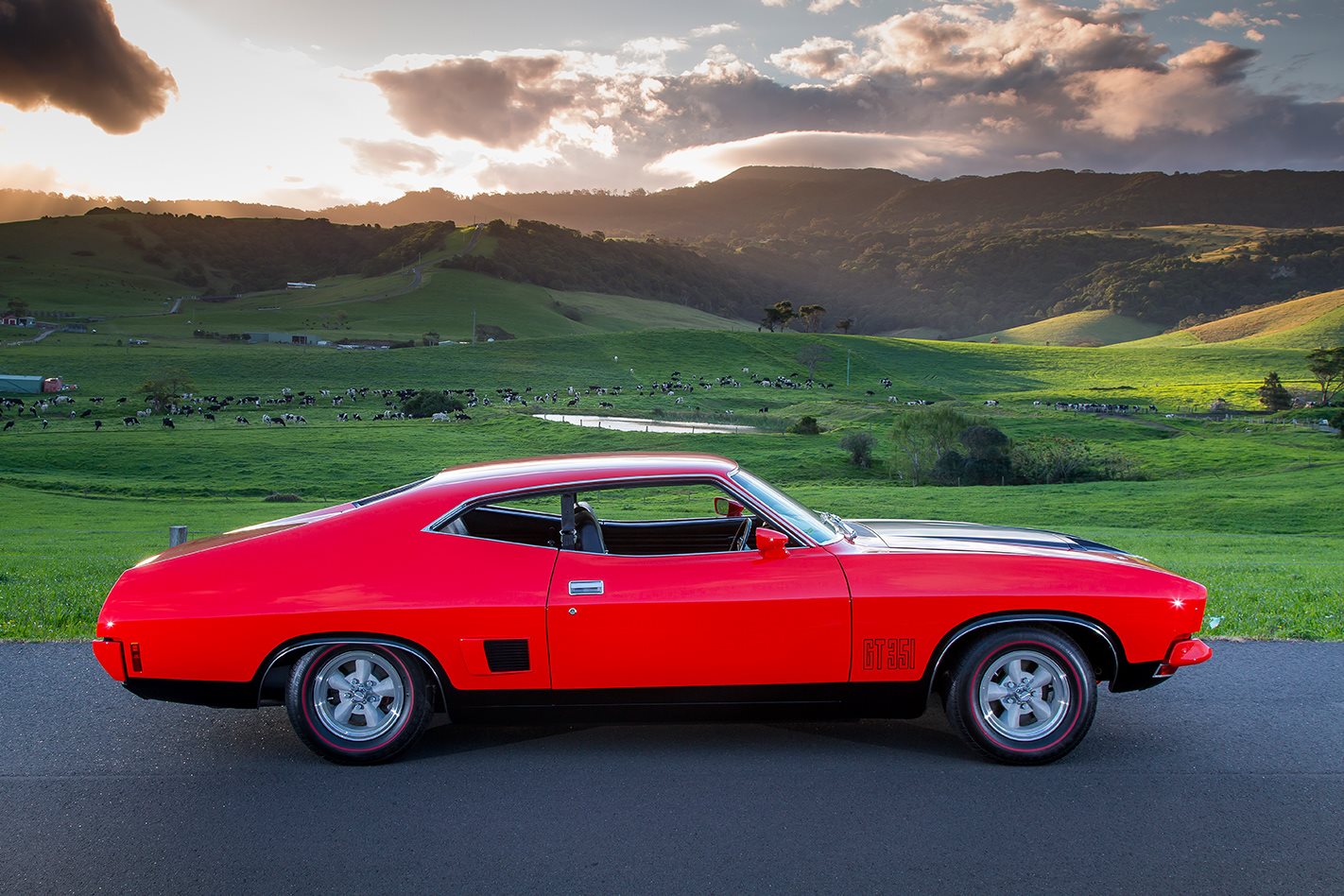 Not long after Bosko took possession of the car, it commenced a stint in ‘panel shop A’. But after five years and very little progress, Bosko paid what he owed, dragged the car out and started scouting for a new, more expedient workshop.

His search led him to Grand Tourer in Melbourne – a well-known GT restoration shop founded by the late Neil Thompson. 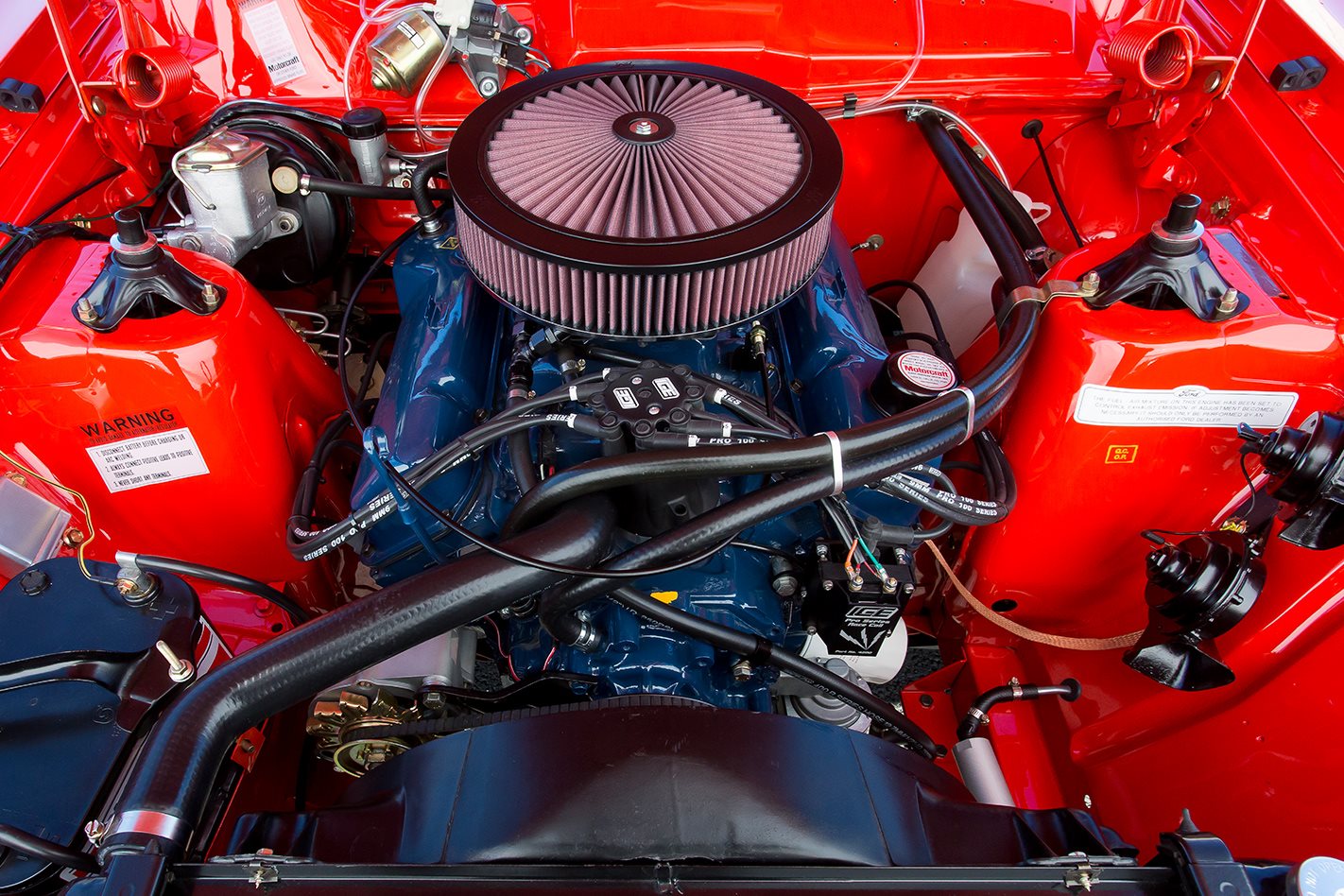 “Other shops told me I’d be on a one- or two-year waiting list,” Bosko says. “Right off the bat, Neil wanted to hear all about the car. GT historian Mark Barraclough was invaluable in helping me research the car’s history, and when Neil found out how rare the car was, he immediately wanted to get involved, insisting I bring it straight down. His enthusiasm was a breath of fresh air.” 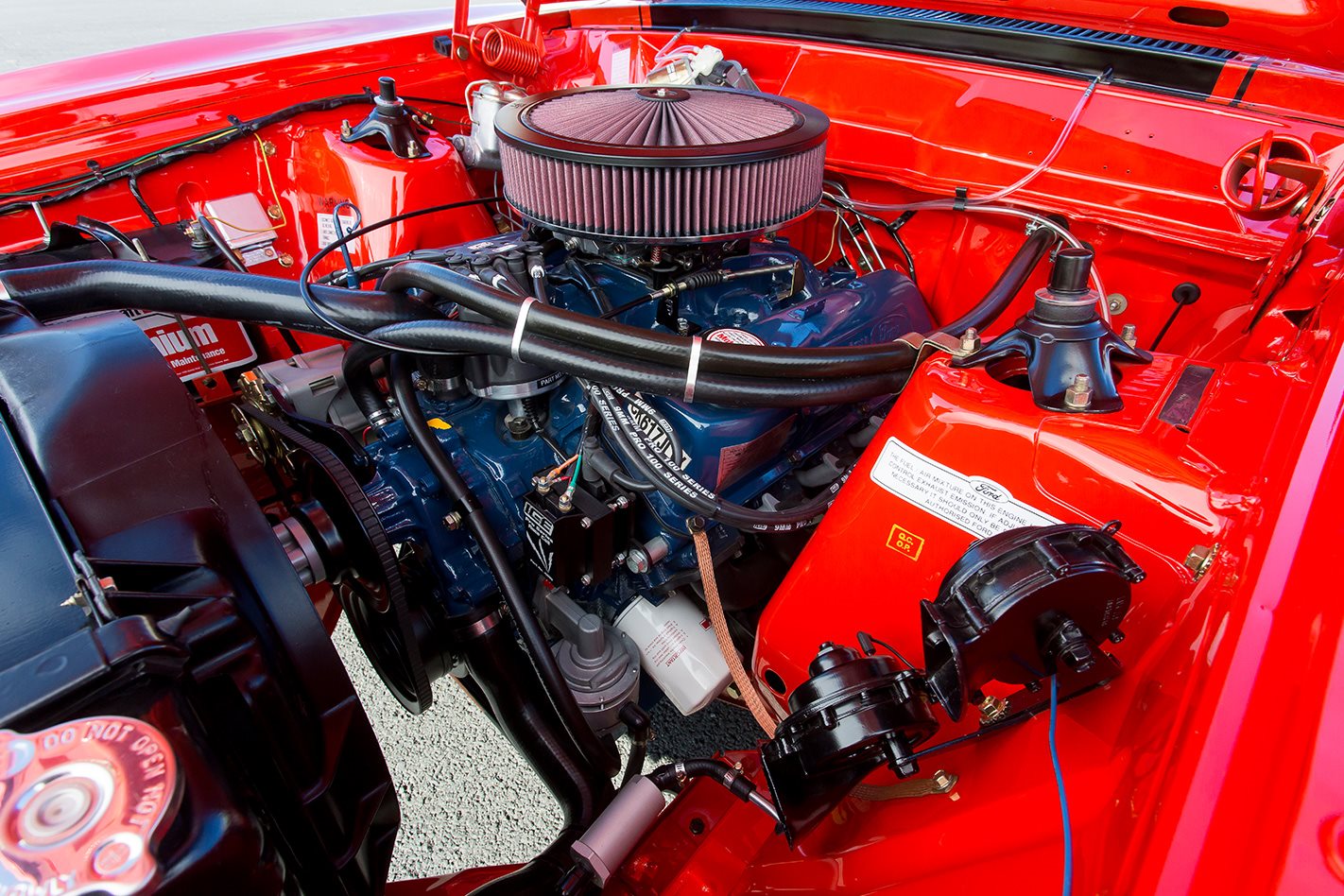 So how rare is XB 73 GT? Being an October ’73 car, it’s one of the very last 4V and Top Loader-equipped cars ever built by Ford Australia. As the last inventory of 4V engines and Top Loader gearboxes ran out in late ’73/early ’74, all subsequent Aussie Fords (including GTs) were fitted with 2V 351s and single-rail four-speeds. Known as the CK617 big-port option, this is one of only 211 XB GTs (of 1952 sedans and 949 coupes) built with this option – and the 66th build of this model to come off the production line. So yeah, it’s pretty rare. 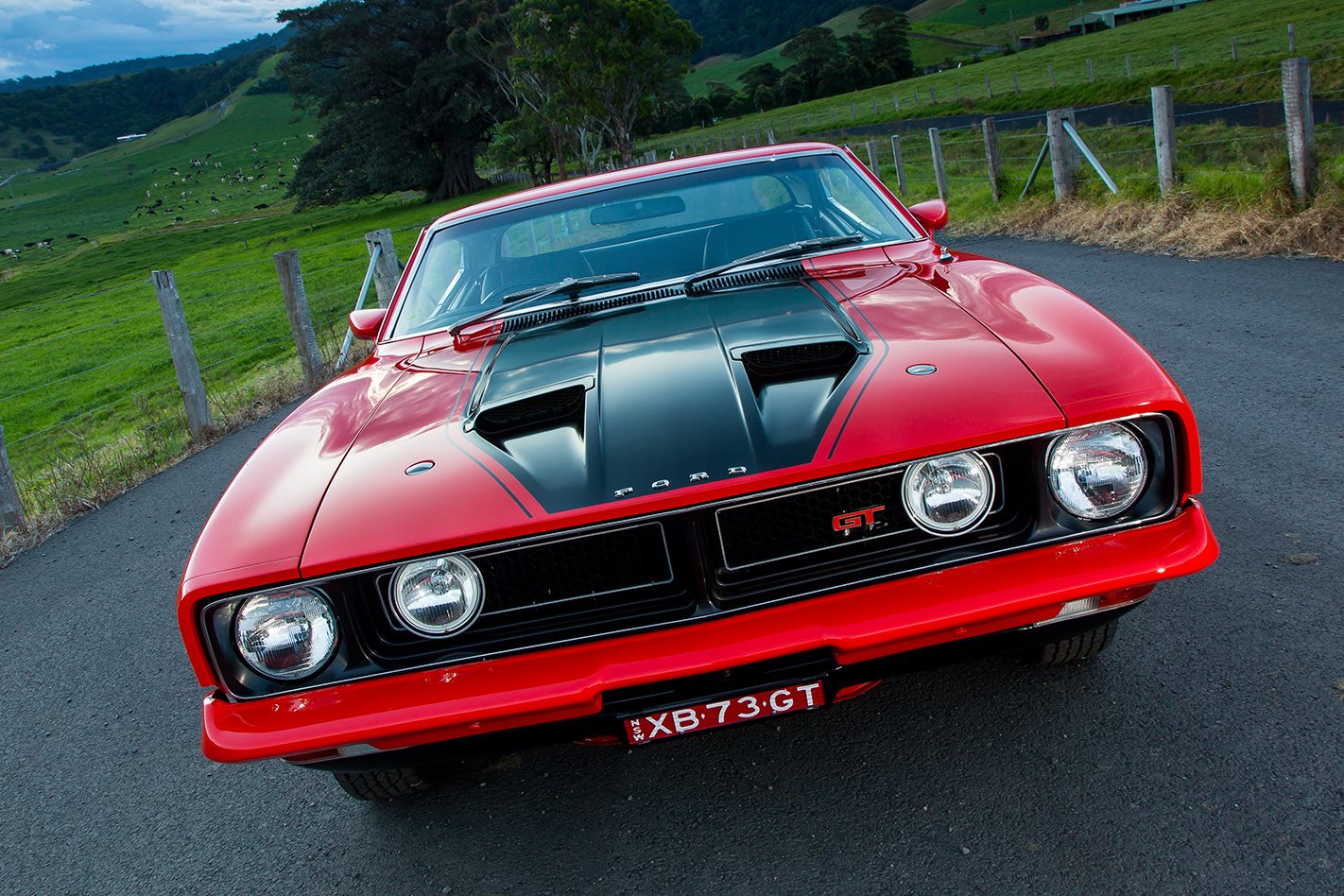 But as Grand Tourer began disassembling this 40-year-old classic, it became obvious some areas had not fared well. Fortunately the car had never been crashed in the front and was pretty straight. However, minor rust in the A-pillars and sill panels had been patched poorly. Unfortunately, old repairs from what looked like a sideswipe down the left rear were completely sub-standard. The wheel tub, quarter and beaver panel were all shot, and the rear rail was bent.

“The more they looked, the worse it got,” Bosko says. “Mick Pitt from Grand Tourer was very fussy about the bodywork; like me he wanted everything just right. In the end, only the right rear quarter and roof stayed, everything else came off.” 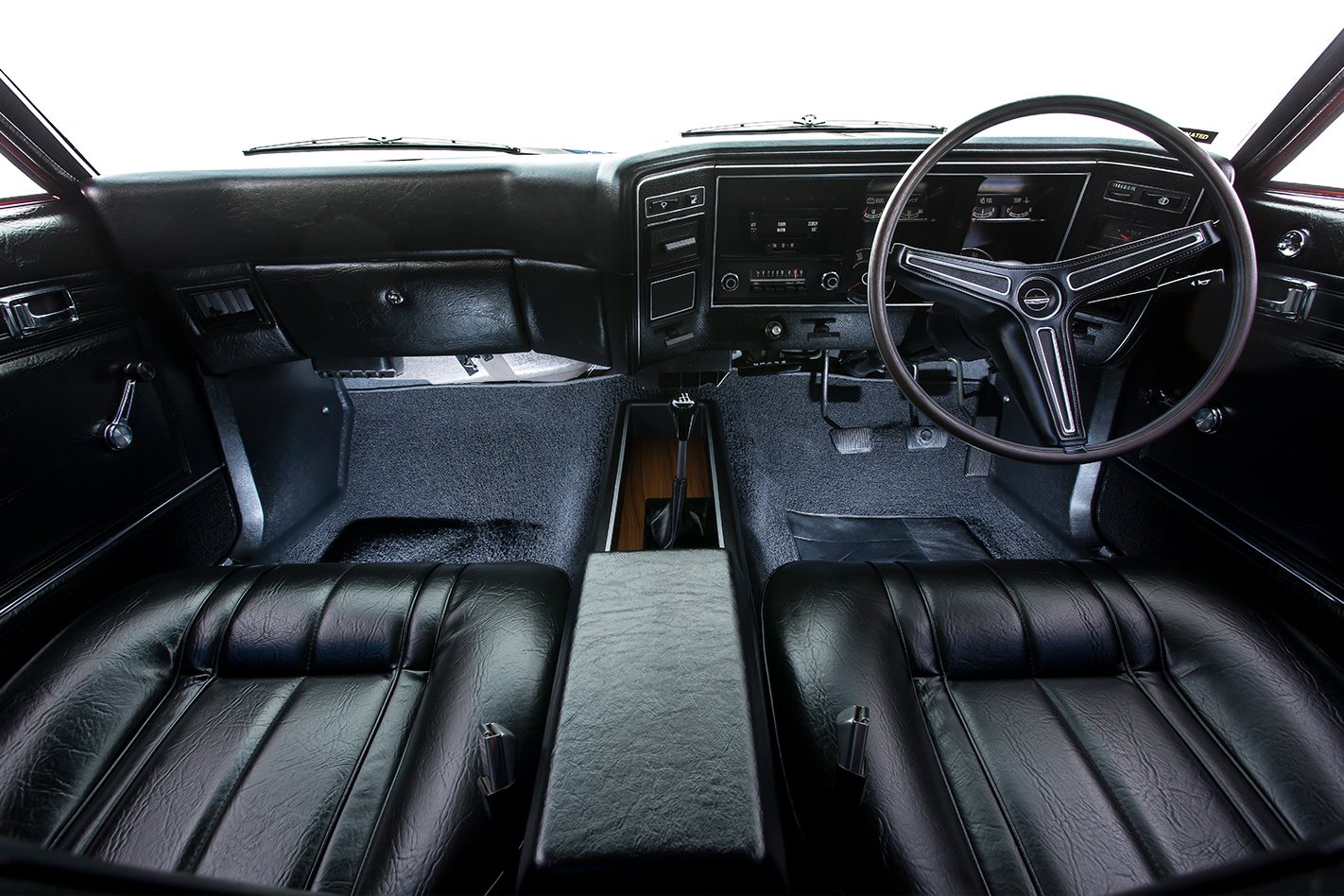 Options-wise, Bosko-s GT is pretty bare-bones, as it was a standard production car rather than a special order

Once stripped, Grand Tourer pulled the rail straight and started from there – using original sheet metal to resurrect the shell.

“There’s not many Ford wreckers these days,” Bosko says. “Tony over at Superoo Falcon Spares in WA was extremely helpful. He supplied a number of parts including a brand new beaver panel.” 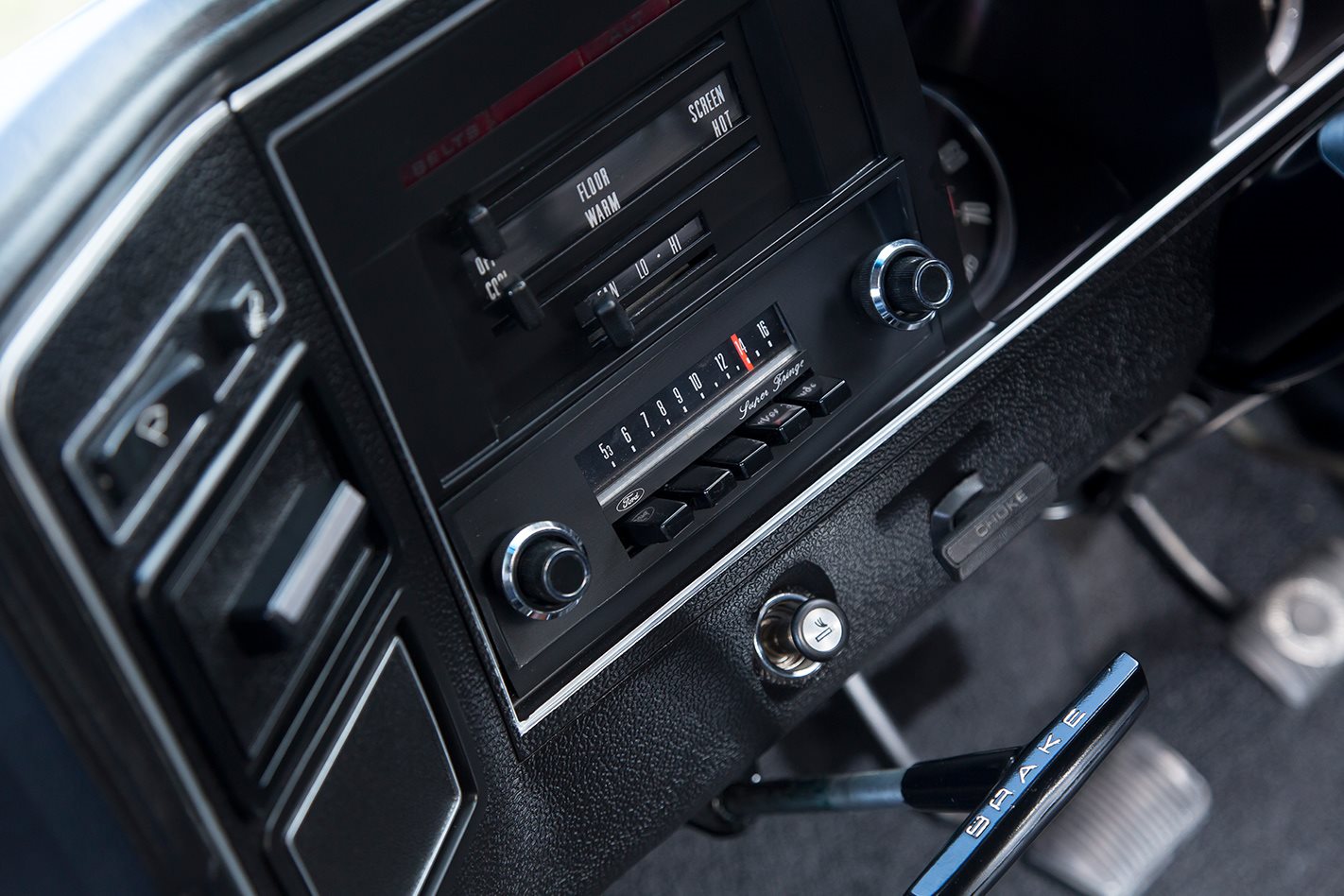 Not only was the Grand Tourer team fastidious in their workmanship, they had a lot of the samples and tooling necessary to recreate numerous factory fittings and fixtures such as brake and fuel lines.

After many hours of metalwork, the shell was ready for paint. But disappointment struck yet again with paintjob number one. Luckily Troy from Slammed Creations came to the rescue with the stunning factory Red Pepper hue. “Troy did an awesome job,” Bosko says.

“I’m so happy with how it turned out.” 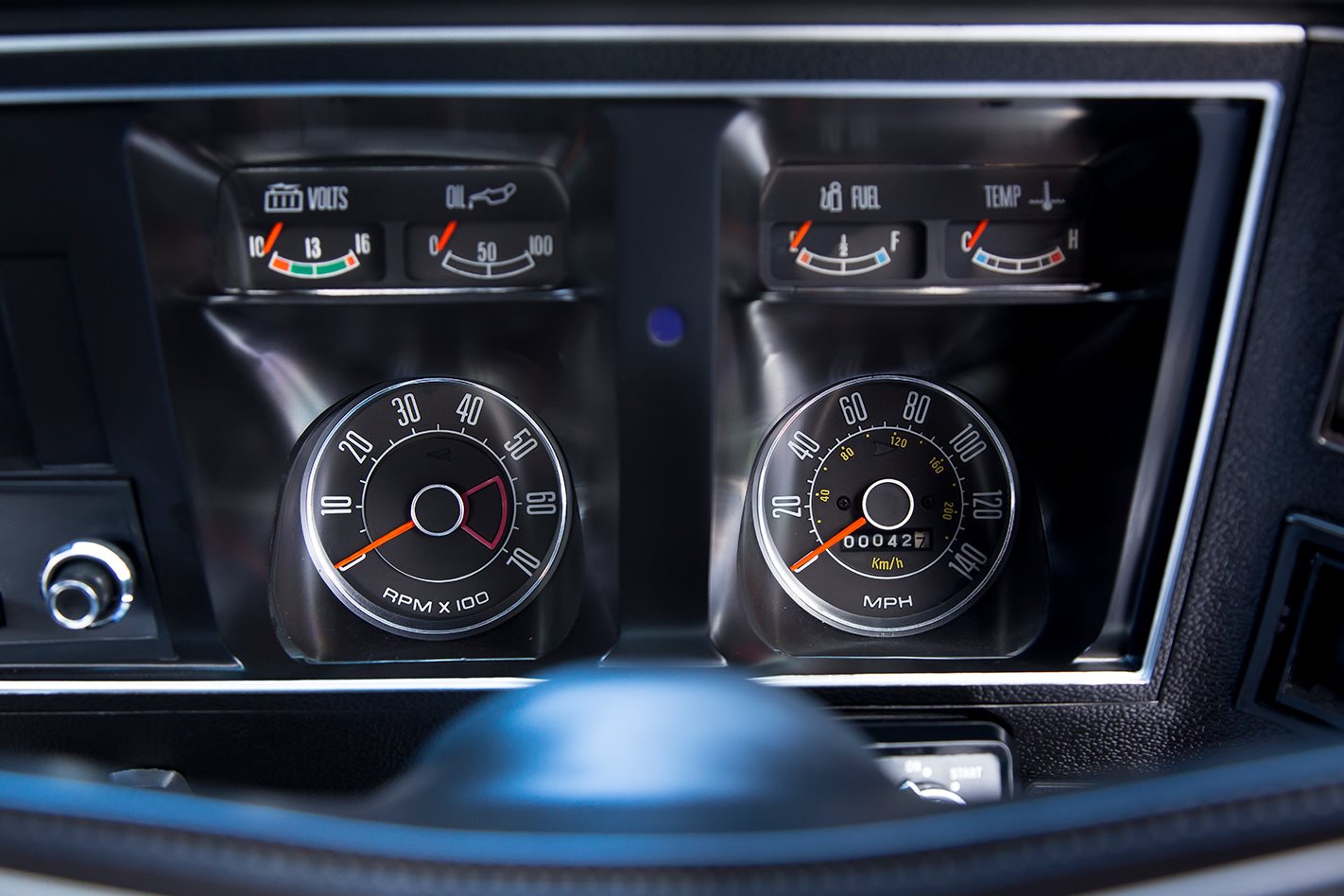 In early 2015, shortly after final paint, Neil succumbed to a long battle with cancer. It would be some months before his personal friends Dick and Jill Savy along with Justin Anderson relaunched the business to carry on Neil’s high standards of workmanship and specialised service. In the interim, Troy from Falcon GS GT Restorations was tasked with final assembly.

There was never any question in Bosko’s mind that this GT was going to be as close to factory as possible, but one area where he wavered from this edict was under the bonnet.

“The easiest things to return to original were the engine and exhaust,” Bosko says, explaining his decision to upgrade them. “After all, you just can’t make 540hp with a yellow-top coil and standard air cleaner.” 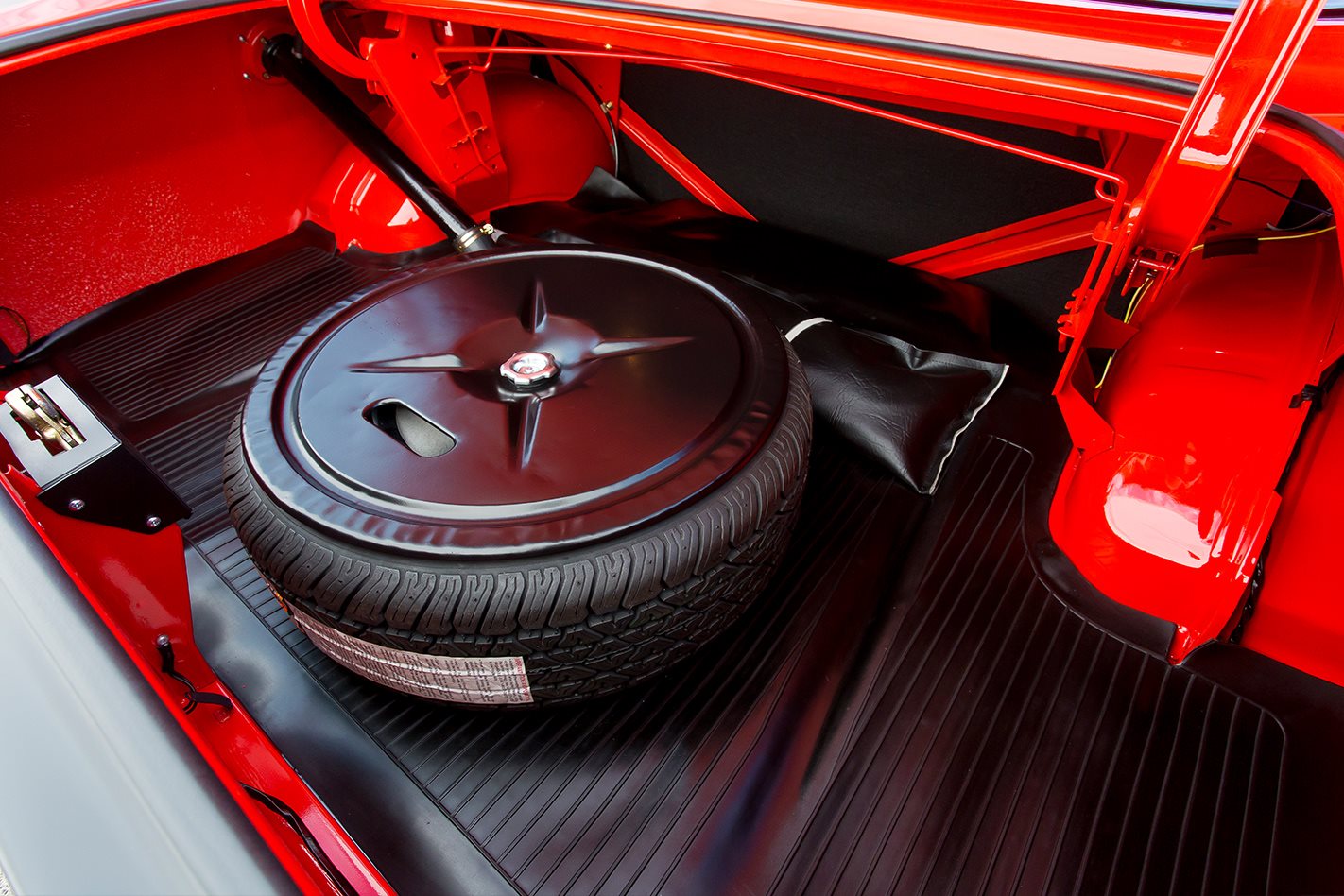 Although not factory-fitted, Bosko's XB is equipped with a 120-litre long-range fuel tank, which is why the spare tyre sits on top of (instead of down into) the tank

With the matching-numbers block safely stashed away, a new four-bolter was punched out to 393 cubes and fitted with a solid-roller cam, ported heads and a trick inlet manifold – an aftermarket piece that looks factory but flows a whole lot better. Silvio at Glenroy Exhaust fashioned the beautiful three-inch system that gives this GT a proper muscle-car note. Another small deviation was the newer-than-new suspension. Sorted by Pedders at Wollongong, there are one-inch-lower coils up front, reset leaves out back and Koni shocks all ’round. 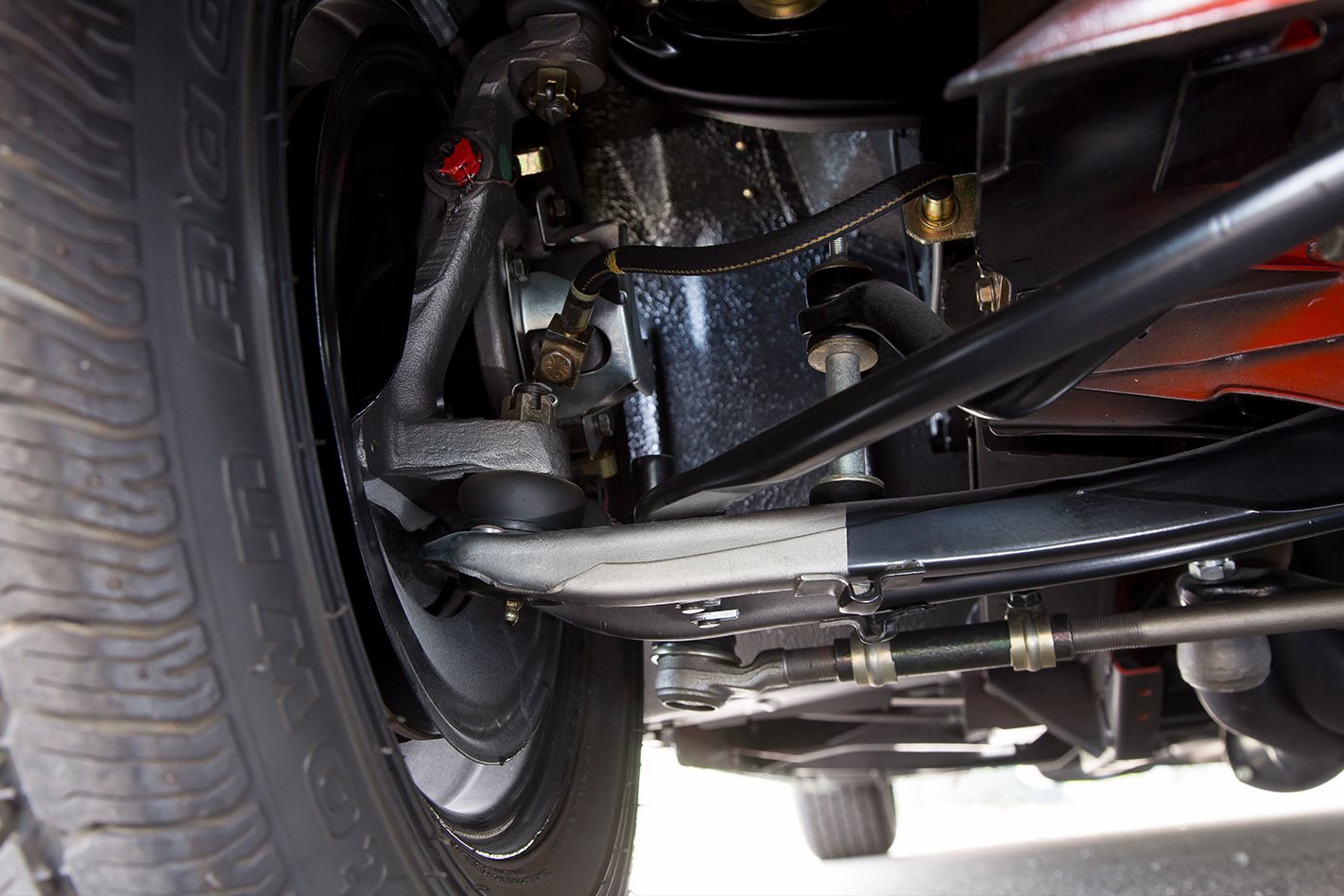 The lower control arms use factory riveted ball joints. Grand Tourer made a press to redo the rivets - their tooling even replicates the factory finish. All the correct factory markings have also been added

With the build lasting 10 years, one thing Bosko had to develop plenty of was patience. “I definitely needed lots of that waiting for NOS stuff to turn up,” he admits. “The grille is NOS, and it took three years for me to convince the guy in Queensland to sell it to me.” 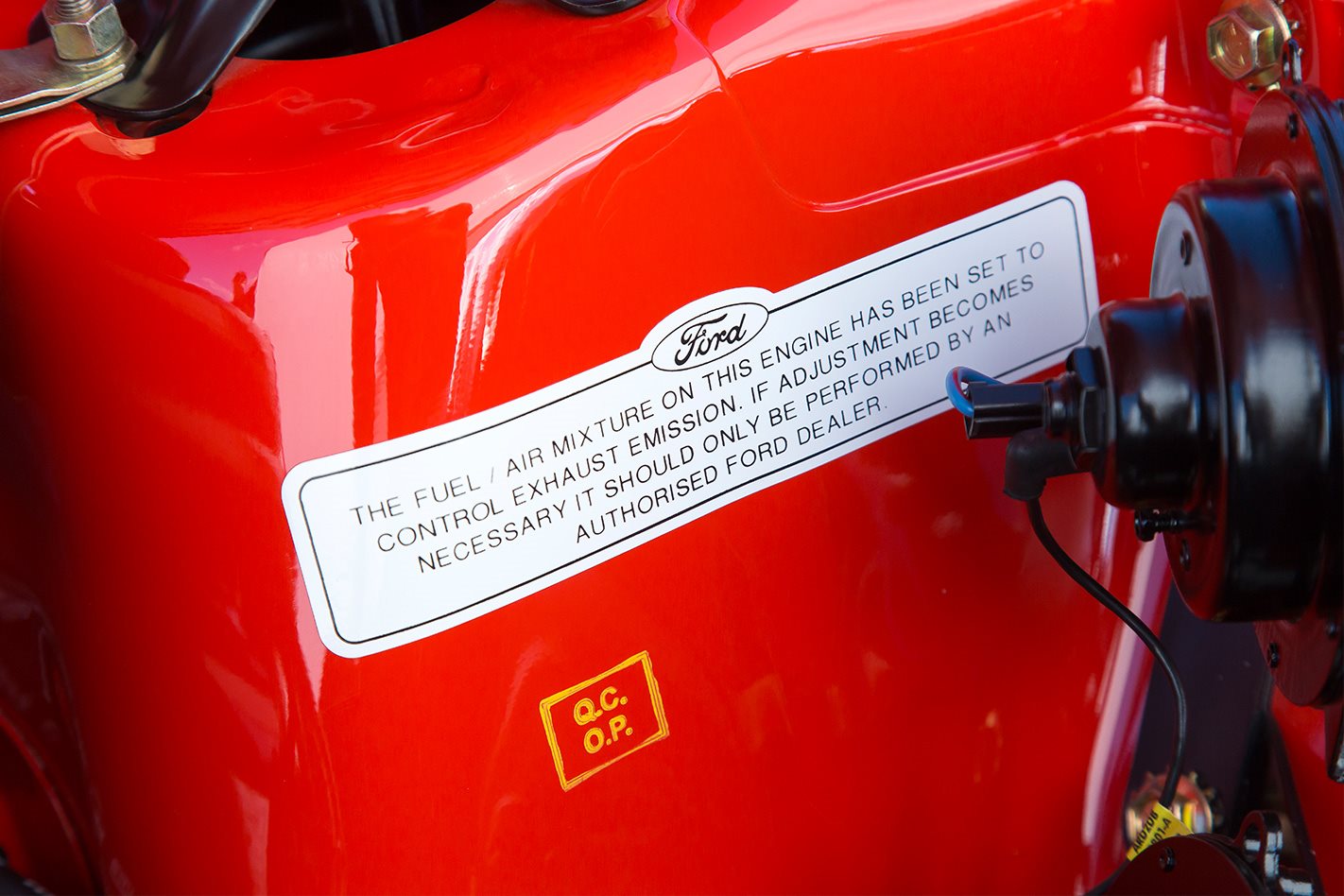 Despite some minor rust and some heartbreakingly dodgy old repairs, when stripping down the car Grand Tourer discovered all the factory markings and where they'd etched into the paint. It was a very original car

With a lot of parts missing, and not knowing if primo examples of hard-to-find parts would ever emerge, Bosko often had no choice but to purchase multiples of many parts – three sets of kick panels to get one good set, as well as three sets of wheels to create one set with the right date codes.

Despite being finished for more than 18 months, the hardtop has covered just 44 miles. 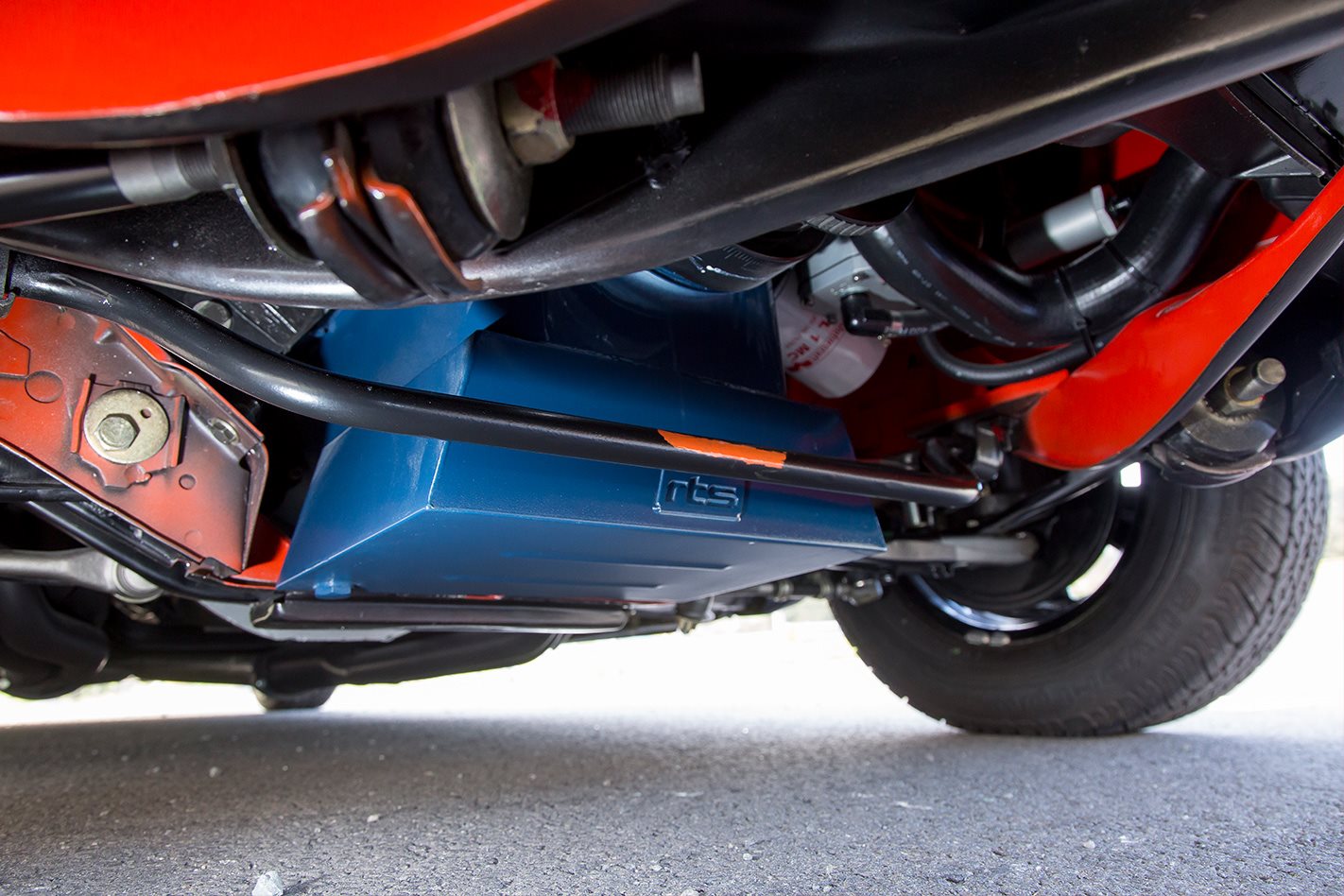 “Glenn and Jason from Exclusive Customs did the final sand and buff and are always up me to drive it more,” Bosko says. “I love opening the garage door and seeing it, after 10 years of it not being there, and I really want to jump in and drive it down the street. But once it gets dirty or chipped, it will never look as good as it does now, which is brand new.”

It’s hard not to admire a bloke who’s put so much time and effort into preserving this iconic Aussie muscle car – good on ya mate, future street machiners will be forever grateful.